Thanksgiving week was so wonderful, and we spent every waking (and sometimes sleeping) hour at my Mama and Daddy’s house in the country with my brothers and their families, my Grandmother, and my cousin, Jon, his wife, Amanda, and their precious children. I couldn’t love that entire group of people more if I tried. Like-minded, like-hearted, we like each other. A lot.

But going through my pictures from our week together, one group of photographs stole the show, and I thought it might cheer your hearts to see them.

My brother, Pete, is a fastidious man, and he has fathered an even more fastidious son. Two-year old Brett is a model first child, clean-cut, particular, straight-laced, and very tidy.

And then there’s my Betsie. Also 2 years old, she is the polar opposite of Brett, messy, wild, free-spirited, and very sticky.

The two of them together provide endless entertainment, and while Betsie used to absolutely terrify all the firstborns in her life (she poked Brett right in the eye at his 1st birthday party), I’ve noticed that she is having a different effect on them these days, and that they find her more amusing than they do overwhelming.

Anyhow, we were sitting around the kitchen table one afternoon with the windows open when Betsie pushed a porch chair over to the window and started making faces at us.

Pretty soon, Brett came over to join her, and that’s when she, completely of her own inspiration, decided to try to kiss him.

Brett would push her away, and then they’d both belly laugh before the next kiss attempt came.

We were in stitches, and I was so glad my camera happened to be sitting right there beside me when their game began.

And since they’ll probably hate these pictures someday, I thought I’d share them on the internet now while I have the opportunity… 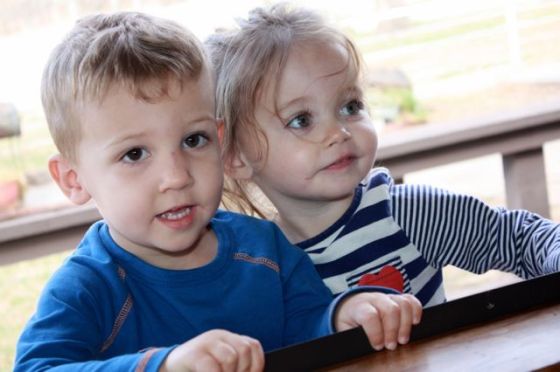 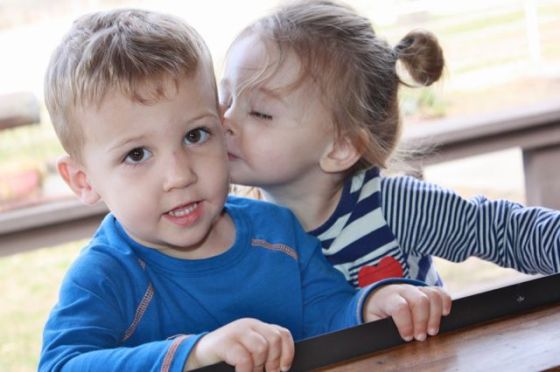 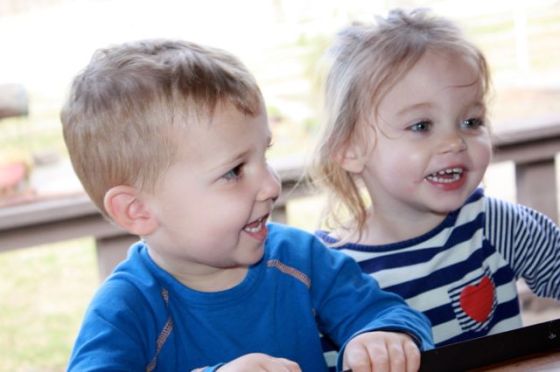 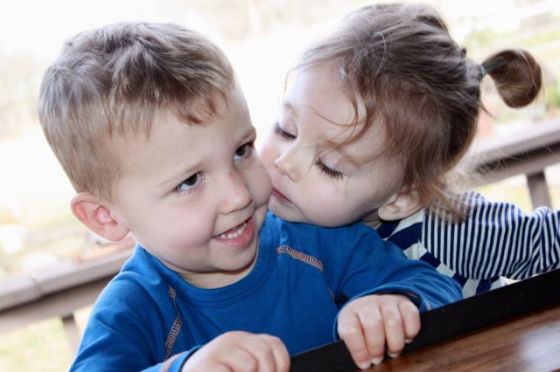 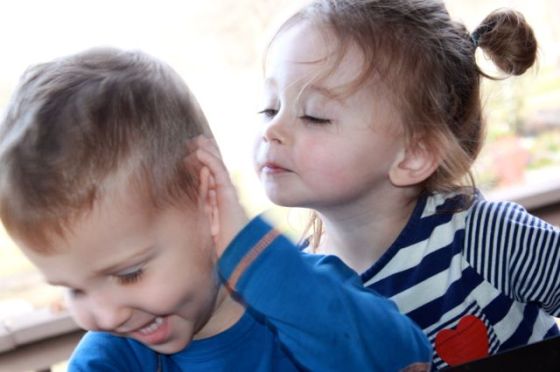 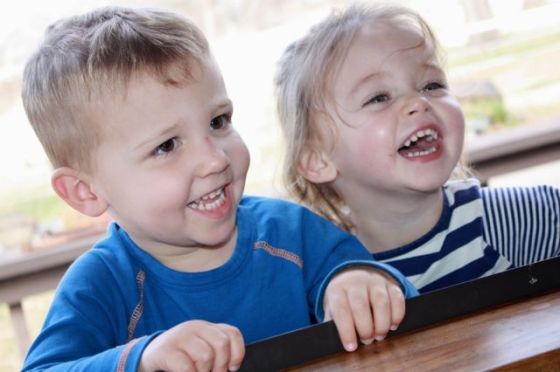 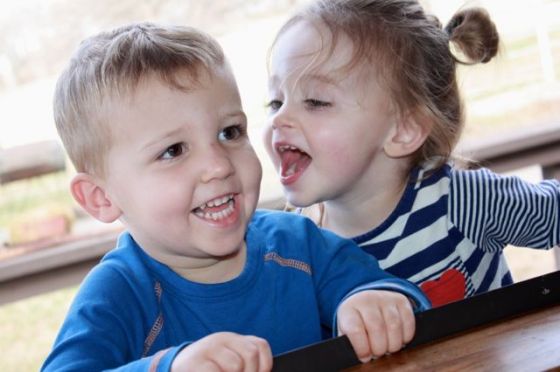 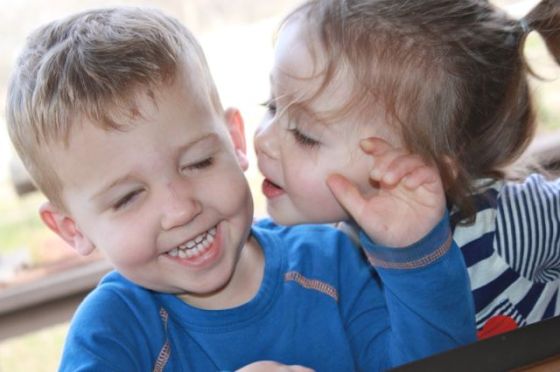 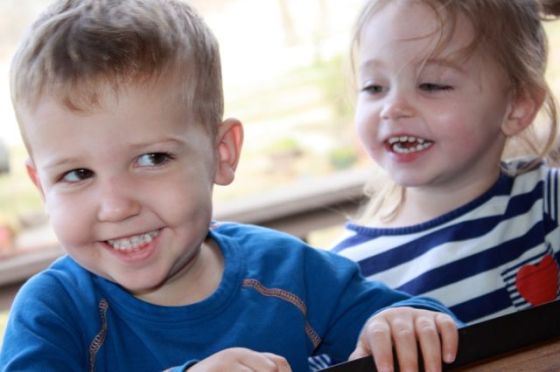 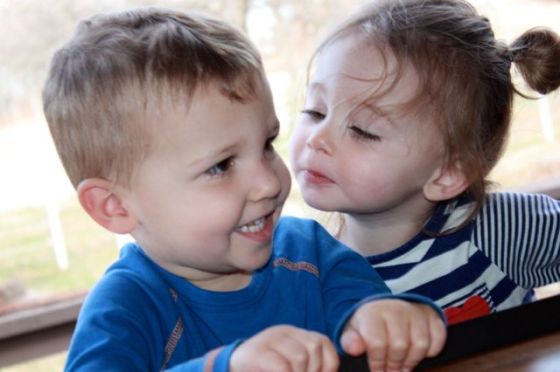 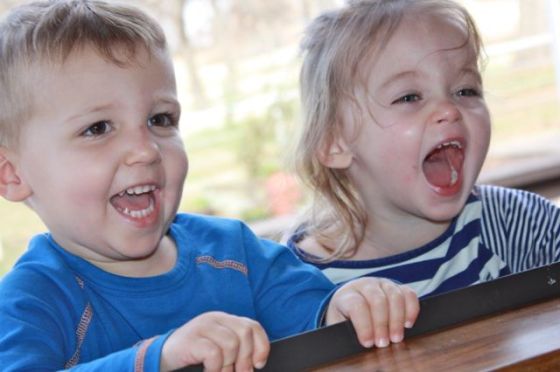 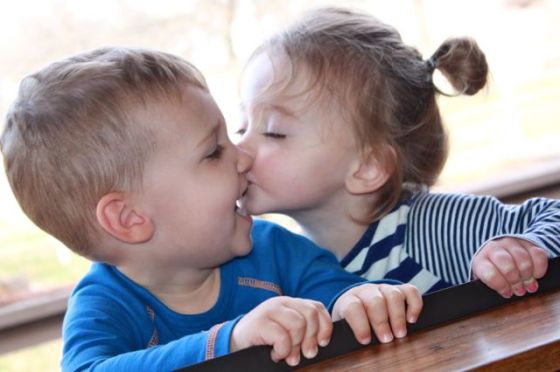 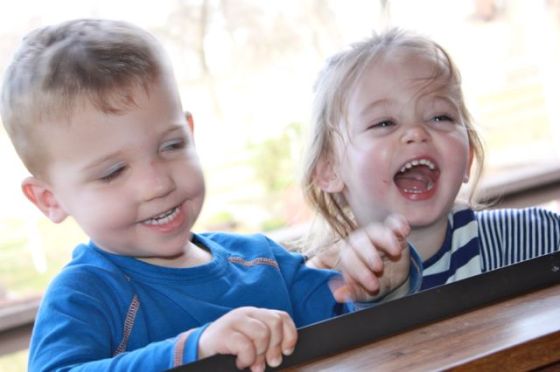 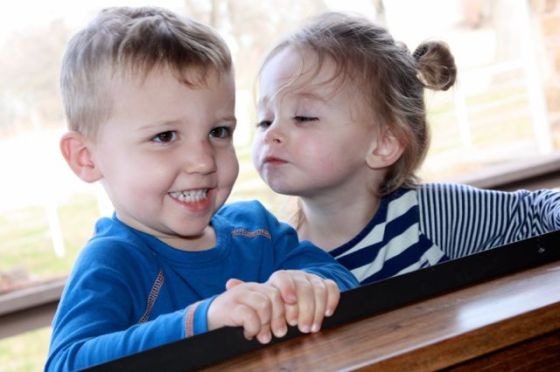 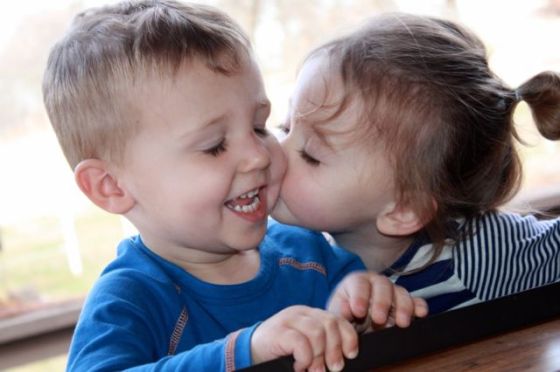 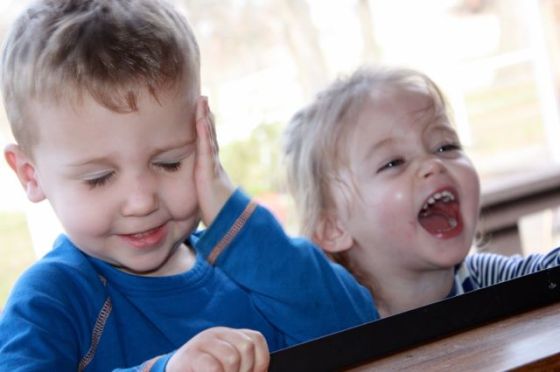 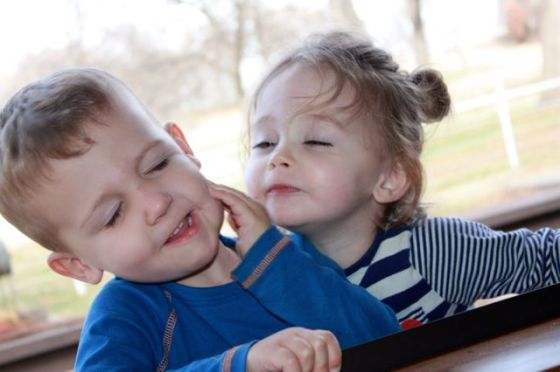 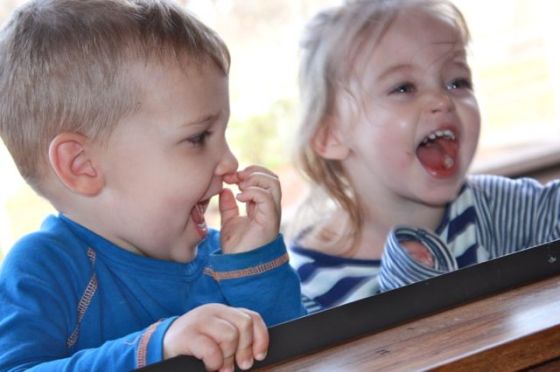 There is no moral to this blog post, really, only that 2-year olds are stinkin’ cute.

The world needs more of them.

And maybe a few kisses, too.

7 thoughts on “Kiss Me, Cousin”