Do you know who this is?

I was shocked. I mean, I love The Duke as much as the next classic film lover, but I had NO idea that The Duke used to look like this. No wonder he went to Hollywood.

Sharing the photograph on Facebook, I wrote ‘”Magic Mike” needs to take a cue from this guy. Handsome speaks for itself, and dignity never goes out of style!!’

That, coupled with this article I read today, got me to thinking…

Aside from the basic moral wrongs of the hit film “Magic Mike”, and regardless of the glaringly obvious double standard found in its popularity (can you imagine Christian men on Facebook making enthusiastic status updates about seeing “Striptease” with all their married Christian buddies at the local theater?! God, forbid! The claws would come OUT), I’ve got a beef with this recent “harmless” avenue of entertainment.

I’m sure on a base level, Channing Tatum’s gyrating hips could get a woman riled up, as could the vulgar dance moves of Matthew McConaughey, especially if that woman is with a group of hooting and hollering female friends who make her feel like what she is viewing is harmless. I get it.

But make no mistake…

“Magic Mike” is no harmless film.

Entertainment like this cheapens true masculinity, and paints a deceptive picture of what women should get excited about in men.

So if you’ll indulge me, I would love to help remind my female sisters what “sexy” and “manly” really looks like…

A man who communes with his Creator daily and strives to live a life that glorifies God.

A man who works long hours and spends his hard-earned wages to care for his family and occasionally treat them to fun things like Cherry Limeades and Redbox rentals.

A man who reaches down to pick up his little girl when she trips and falls and holds her close until her tears are gone.

A man who gathers his children around him at night to tell them a story, no matter how late he got in from work.

A man who would never go see a movie about a group of female strippers, no matter how many people were saying it was okay.

A man who researches recipes on the internet and makes a huge and messy meal in the kitchen so his beloved doesn’t have to make supper one night.

A man who treats the elderly with respect and dignity by patiently listening to them tell stories about their glory days.

A man who hops up from his reading when he hears you doing the dishes and gives you a hand.

A man who thoughtfully answers every question his little boy has about “why?” and “how?” the world and everything in it works.

A man who leaves whatever he is doing to help you when your car breaks down.

A man who monitors his free time and plans his schedule wisely and fairly. If he gets a night out with his friends, you get one, too.

A man who gets up at night to fix the baby a bottle while you lay drooling on your pillow.

A man who gives up an unneeded PhD so he can spend more time with his family.

A man who comes home with the new book you’ve been wanting, and its not even your birthday.

A man who has trained his eyes to look away from other women, even when they look better than you do.

A man who is humble enough to grow, long after he has become an adult.

A man who wants you and finds his satisfaction in you, and you alone, after many years of marriage and fidelity.

A man with happy wrinkles around his eyes that prove how many times he has smiled at you.

A man who sets up controls on his computer to avoid even the temptation to look at pornography.

A man who has dignity and modesty and self-control.

A man who refuses to speak profanity and hushes others when they use it in your vicinity.

A man who would give his life for you and the children, in a heartbeat.

My husband and little girl, before their first Daddy Daughter Date Night. 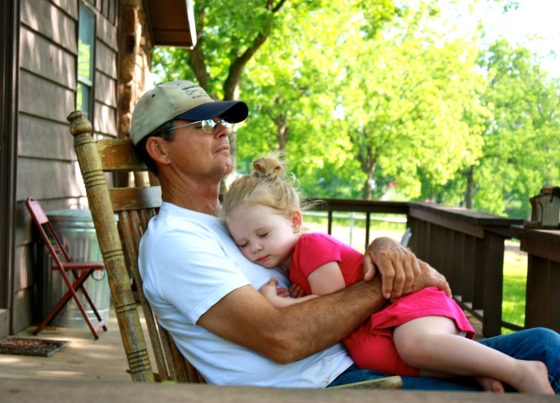 My Daddy, napping with my daughter on the back porch after a long, hot day at work.

My father-in-law, Mike, one of the most kind and gentle men I’ve ever known, who loves his family likes he loves his life.

My brother, Jerry, investing in his daughter by coaching her softball team for the 3rd year in a row.

Our friend, Zac, walking and having a deep and intentional talk with our son, Gideon. 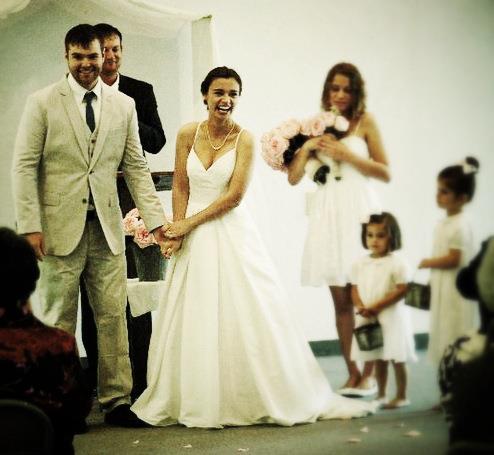 Our friend, Ben, who moved across the country to marry the love of his life.

My brother, Pete, playing on the floor in a cardboard box with his son, Brett.

My friend, Kenneth, a World War II vet who has been married to his lovely wife for 65 years this month. 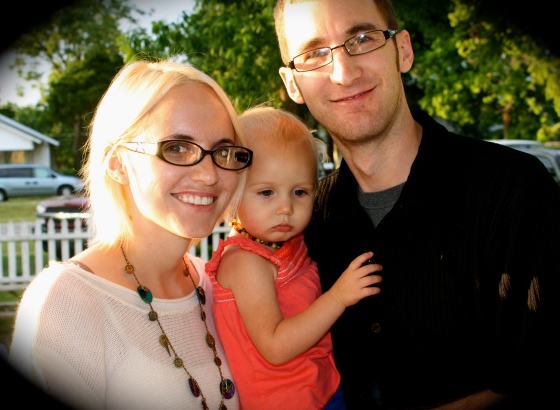 my brother-in-law, Todd, with his wife and baby girl. He might be the baby of the family, but he has grown into a fine man, husband and father.

My husband and our friend, Joe, cooking a Chinese supper for me and Joe’s wife, Kara. Both of them had been working all day long.

Our friend, Brian, moved his family to our tiny town so they could be a part of our church. His job is nearly an hour away.

Our friend, Bird, pushing his daughter, Izzy, on the swing on his day off. When this man isn’t working for his family, he is LIVING for them.

Our friend, Frank, loves the Lord and the ones God has entrusted to him with unwavering faithfulness. 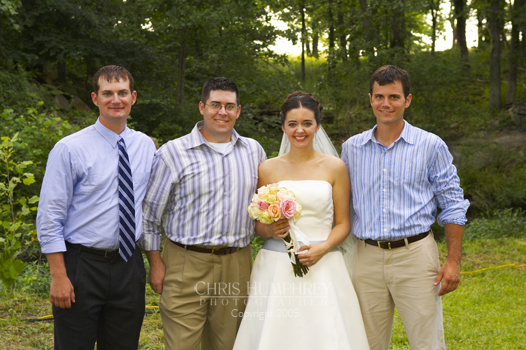 My oldest brother, Matt (the one in the middle – who always hides from my camera!) is an amazing husband and son, and a true man of God.

And seriously, that’s just off the top of my head, and easily accessible in my last 6 months of pictures. My church and my family are full of men who work hard, who love deeply, and who serve God faithfully. They define masculinity and dignity…

and they make Magic Mike and all his buddies look like total dweebs.

Well that’s what this guy is for.

He reportedly made 250 movies…

and not a one of them is about a male stripper named Mike.

If you are wondering why new comments are not going through, PLEASE take a moment to read my follow-up post to this article. Thank you so very much!